Woran es liegt, dass der Einzelne sich nicht wohlfühlt, obwohl es uns doch allen so gut geht
(Why is it that the individual does not feel at ease even though we are all doing so well)

This project refers to the German SPD (Social Democrats). While traditionally the man on the street with low income used to be the main concern of the SPD, the party took a different turn in the late 90s.  Especially the unemployed were put under pressure. As a consequence, many SPD fellows quit their membership.

We tried to short-circuit these issues by turning them into something productive:
In the project, we created a minimum wage job for an unemployed. His task: to join the SPD and get involved in political work. 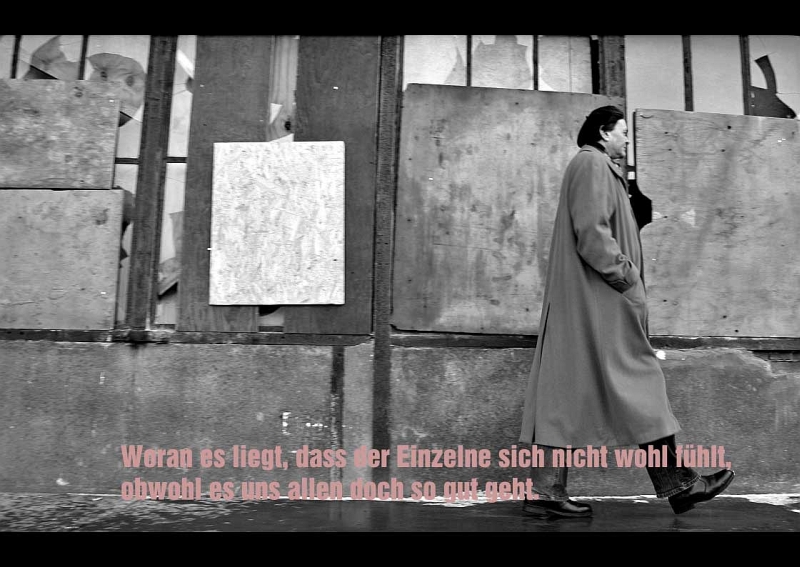